When he opened his bag, his book was a little bit open and he fell into the book.

He was hiding because there were aliens and they had a plan to take over the world.  But he got caught and the King was the worst.  The King was so ugly.

But he got the key and escaped.  He was so, so, so lucky. 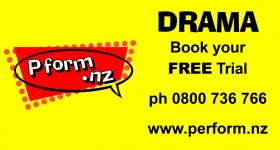